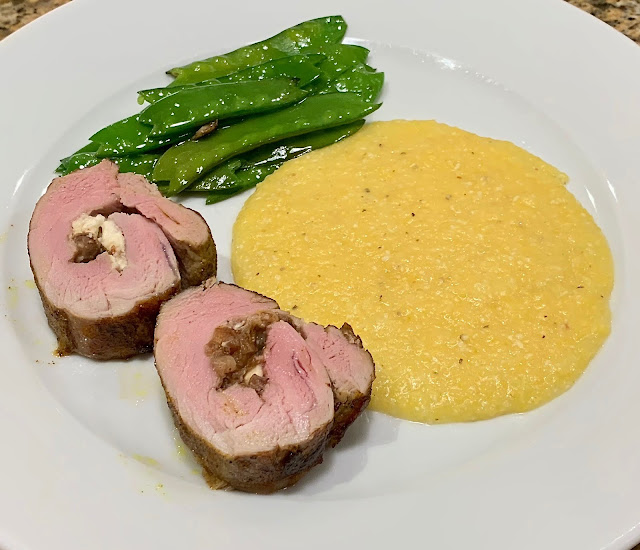 Roulades (AKA roll ups or "stuffed" meats) allow the cook to create unlimited flavors. They also help you to present beautiful plates.

Sadly, most home cooks are intimidated by them. The idea of cutting a large chunk of meat into a flatish piece seems too difficult. The work involved appears too much.

But, hey! You're stuck at home under a shelter in place order. What else do you have to do?

1 large pork tenderloin
3/4 cup of any 2 or three stuffing combination that may appeal to you. For example:

Unpack the tenderloin and dry it.

With that same sharp knife, using the point and first inch of the blade, on one side or another, cut straight down about 1/2 inch deep. Slightly rotate the tenderloin and repeat. Continue the same step, slowly unrolling the tenderloin. 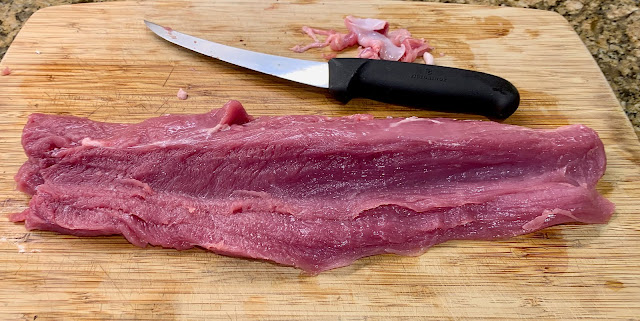 Once that step is finished, place the meat on top of moistened cling film and cover with another moistened sheet. use a meat mallet or the bottom of a small but heavy sauce pan to pound the meat flat.

For this roulade, I chose dates and feta. I crumbled the cheese finely and soaked the date pieces in hot water for 15 minutes. 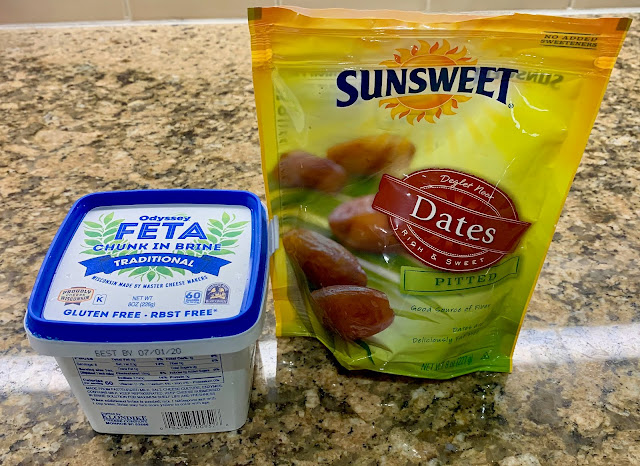 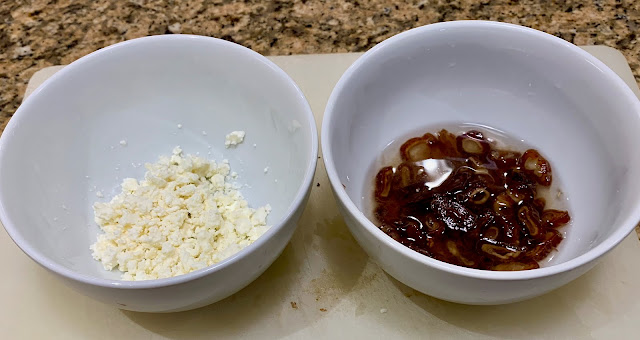 Salt and pepper the inside of the roll generously. Spread your stuffing on the side near you, starting about an inch from the edge.

Roll the tenderloin edge over the stuffing and continue to roll to make a tube with the seam side down. Using kitchen twine, tie your roll every 2 or three inches. Do not draw the string tight enough to cut into the meat. You merely want to keep the roll closed. 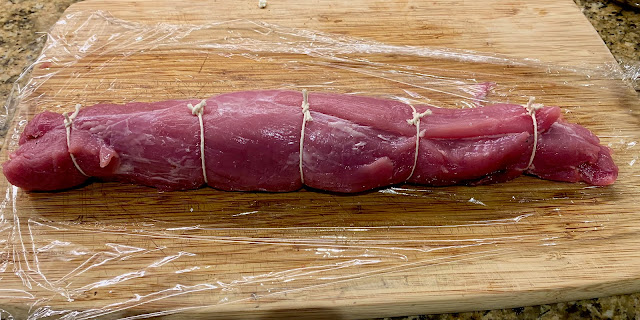 Now you are ready to cook.

Set the oven to 300 degrees with the rack in the middle.

Season the exterior with salt and pepper.

In a skillet with 2 Tbs. neutral oil over medium high heat, sear all sides of the tenderloin.

Remove from the oven, tent with foil and let the meat rest for ten minutes to allow the tenderloin to collect itself as the meat rises another 5 degrees.

Slice, removing the twine as you go.

Vacuum seal the tenderloin and submerge in a hot water bath set for your choice of 140 to 150 degrees. Cook time should be between 1 and 4 hours. 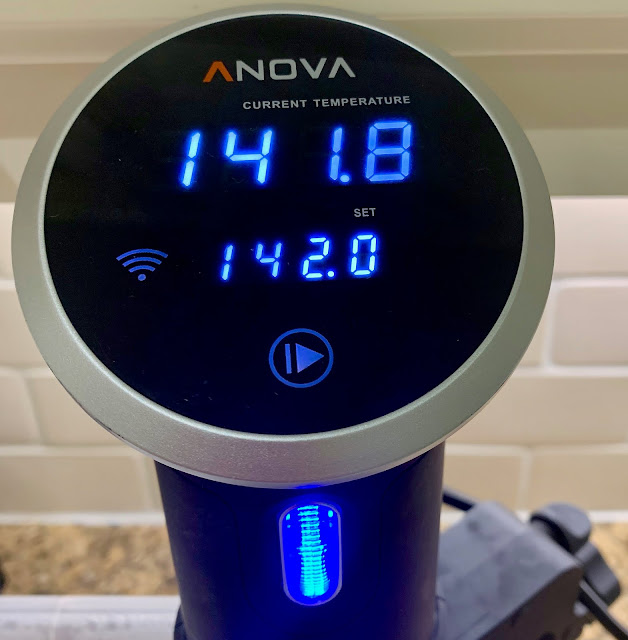 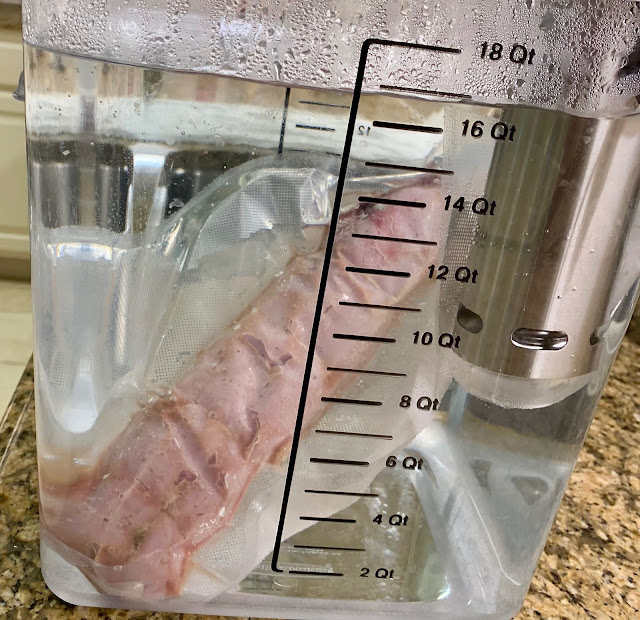 Remove the tenderloin from the bag. Dry the tenderloin, season with salt and pepper, and sear the exterior to brown it, slice an serve immediately. Sous Vide meat does not need to rest.
Posted by randolph stainer at 10:01 PM