Time Wounded This Recipe; The Recipe Fought Back

My students, and even the young men I used to coach who now have their own children, know nothing of the dark ages of rotary dial phones, daily milk delivery, and day old bread. They also know nothing of polio, measles, mumps, and chickenpox, so I guess they win.

In those ancient times, and for hundreds of years before then, housewives and cooks struggled with what to do with foods that were past their best buy date. When sailing ships opened the spice trade to the Far East, Europe went wild. Those spices could hide meat and other ingredients that were perhaps just a bit "off."

In those times, bread was baked daily. How to use the day old, stale bread became something that mattered. Sweet and savory bread pudding is but one example of the solutions. The basis for this recipe is another.

Panzanella, or bread salad, was a Tuscan style recipe that combined day old bread, toasted, with fresh vegetables, olive oil, anchovy, capers, and acid from vinegar or lemon. Clearly, this stale bread solution was a work of genius.

Then modern food processing invented bread with a shelf life measured in decades. Panzanella became a lost and forgotten orphan of modern times.

I think the world was too hasty in abandoning poor panzanella. Not too long ago I saw a New York Times recipe for panzanella that highlighted grilled vegetables. At that same time, I had the remnants of a rustic loaf that Nancy baked sitting on my counter. From that serendipitous moment plus some research sprang this recipe. I use it whenever Nancy makes rustic bread, focaccia, or we take and bake bread.

Slice your bread in 1" slices 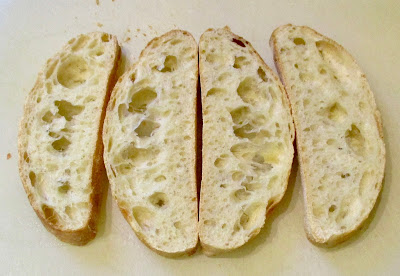 Toast the bread in a toaster oven, on a grill pan, or outdoors on a grill. 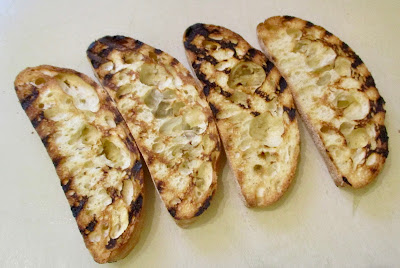 Dice the toasted bread in 1" cubes.

Grill or broil the zucchini, onion, and sweet pepper until char marks show and the vegetables slightly soften. 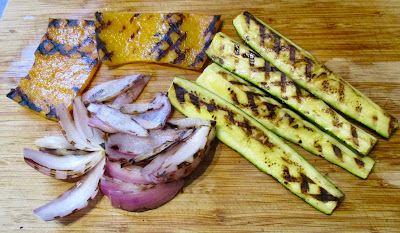 Add the bread to the vegetables and mix well. 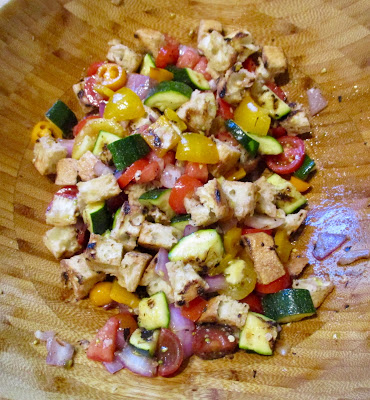 Add a large pinch of salt and pepper. Mix well.

Immediately before service add the basil, the olive oil and the vinegar or lemon juice. Mix well and adjust the salt/pepper/olive and oil/acid.

Serve with any roasted or grilled protein. 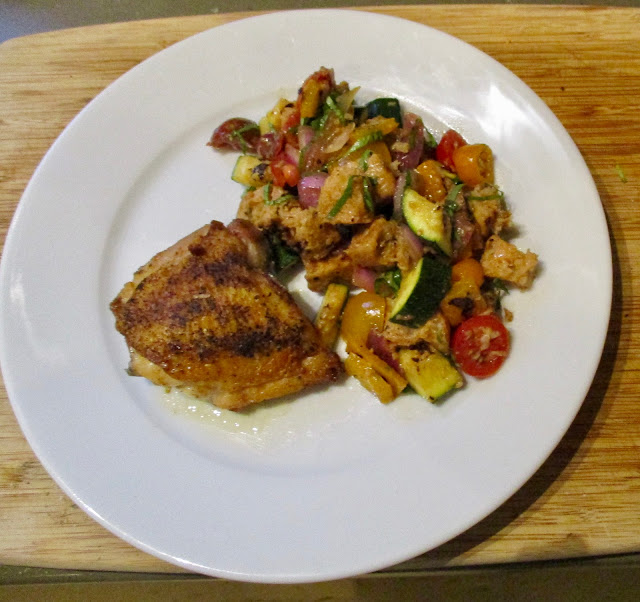 Posted by randolph stainer at 4:45 AM No comments: 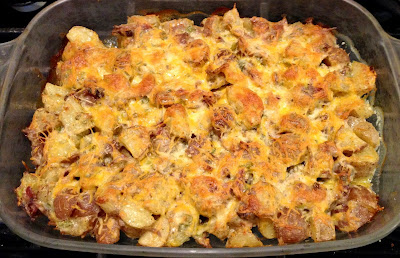 Nancy and I cannot finish an entire rack of ribs in one meal. A pork shoulder, or even a half, makes an embarrassing amount of BBQ. The leftovers are great, but sometimes we need to change things up. This recipe comes from a mash up of several recipes by others. 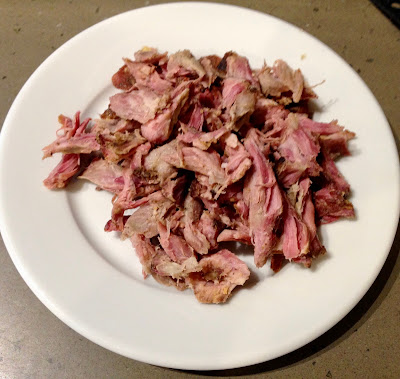 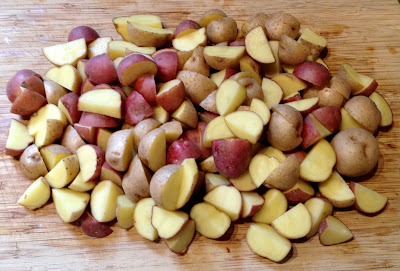 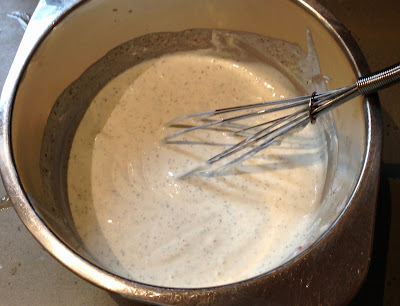 Bloom the Buttermilk Ranch mix in the water for at least 5 minutes. Add the buttermilk, the sour cream, and the mayo and mix well. Set aside to meld.

Place the potatoes in a large pot and cover with salty water. Bring the liquid to a boil and reduce the heat. Simmer the potatoes until they are just done, but not mushy. Drain and allow them to steam for 10 minutes.

Mix half the cheese into the ranch dressing.

Add the dressing, onions, and the pork to the potatoes and mix well.

Spray grease a 9 X 13 casserole dish and slide the mixture into the pan.  Spread it evenly.

Sprinkle the remaining cheese over the mixture. 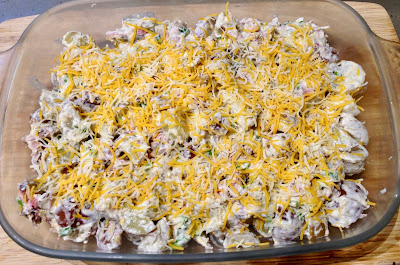 Bake the casserole on a center rack until golden brown and bubbling, about 45 minutes. Allow the casserole to cool 10 minutes before serving.

Posted by randolph stainer at 6:03 PM No comments: