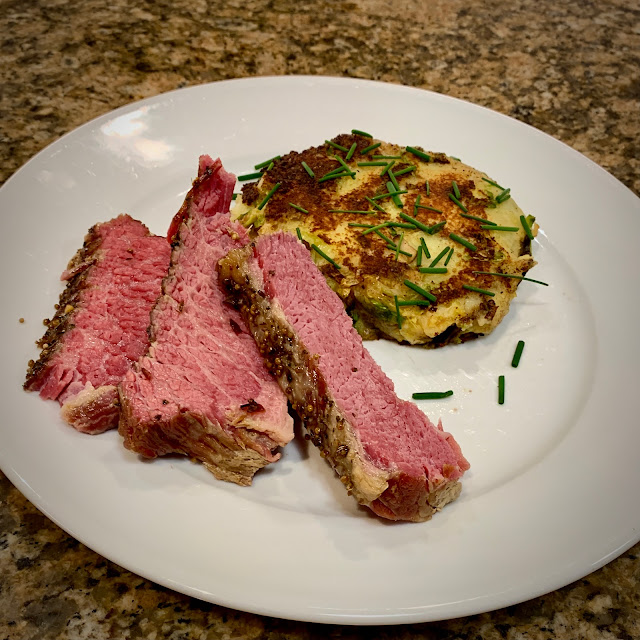 Cabbage and potatoes are mainstays in UK households. Bacon, potatoes, and cabbage have been plentiful (with the exception of one notable period) and not expensive for centuries. Bubble and squeak describes the sound of combining leftover mashed potatoes and leftover boiled cabbage into a patty with bacon crumbles and frying those patties in the bacon fat or butter. The result is very tasty.

Modern American households infrequently boil cabbage and frequently contain vegetarians. This recipe addresses those problems, and can even be adapted to become vegan.*

Recipe for a Modern Vegetarian Bubble and Squeak

10 regular brussels sprouts or five of the giant size, shredded

1/2 tps. smoked paprika or to taste

salt and pepper to taste

First cut the brussels sprouts in half long ways and remove any disgusting outer leaves. Place a half sprout cut side down and, starting at the top end, slice the sprout in 1/8 inch slices until you feel the root. Repeat for all the sprouts. You should wind up with a large double handful of shreds. The shreds will shrink so cut more than you think you will need. 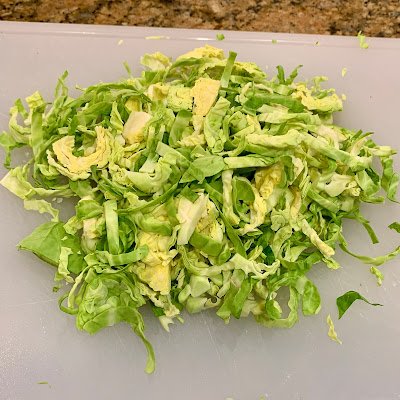 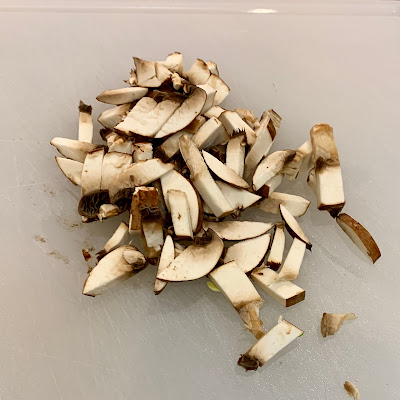 Next dice your potatoes and boil them in salty water until a knife easily pierces one of the larger pieces. Drain the potatoes and put them back in the empty pan to allow them to steam out. Add 1/4 stick of butter and the splash of milk. Mash thoroughly and taste. Add salt and pepper as needed. Put in the refrigerator to chill.
While the potatoes cool, melt 1/4 stick of butter in a non-stick skillet over medium heat and add the sprouts and mushroom. Stir to combine and leave the mix undisturbed until the mixture barely begins to brown. Stir and then sprinkle with the smoked paprika. The smoked paprika will add a hint of the smoky flavor lost by excluding the bacon. 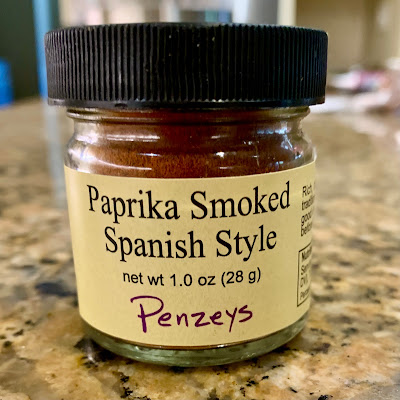 Continue to saute until the sprouts wilt and the mushrooms soften.  Remove the pan from the heat and allow the mixture to cool. 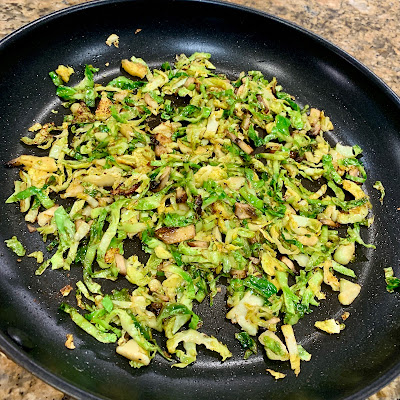 When the potatoes and the sprout mixture are cooled, combine the potatoes with the spouts. Taste and reseason as necessary. Form two large patties and lay them on parchment paper. 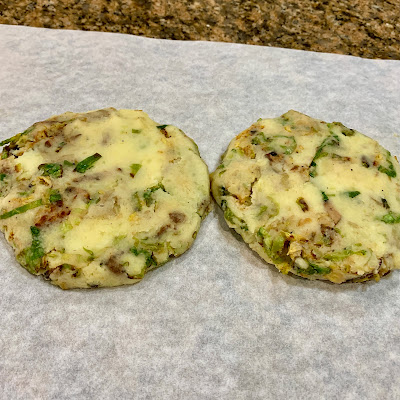 Chill the patties to allow them to firm up.
Once the patties have firmed, heat the skillet or griddle to medium.  Melt the remaining butter to prepare a non-stick skillet or a griddle. Use a large spatula to slide the patties into the pan and fry without moving until the bottom is golden brown. Flip the patties quickly as if flipping pancakes and fry the reverse side to brown.
Cut the patties to the serving size desired and garnish with chopped chives.
* Modifications for vegans: Replace the butter with extra virgin olive oil and substitute oat milk for the cow juice.

Posted by randolph stainer at 8:24 PM No comments: