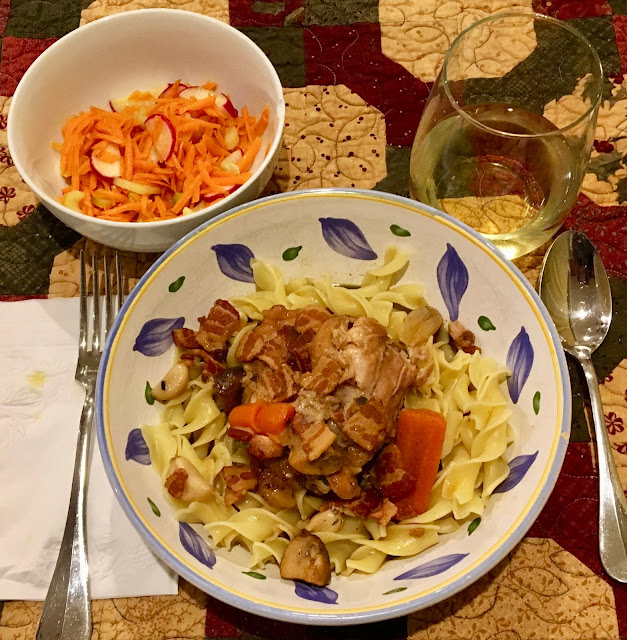 When I was in college I invented a dish. I called it purple chicken. I did not know that the dish was a mediocre version of Coq Au Vin.

I learned the full bore French version at Cordon Bleu. Quite a bit better than what I used to do.

Since then, I have made the dish several times, but in the last few years I have made a different version using dry white wine. I have come to prefer the lighter version and recommend it to you. 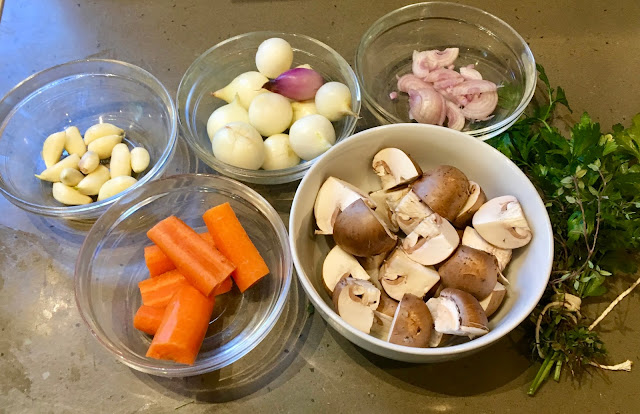 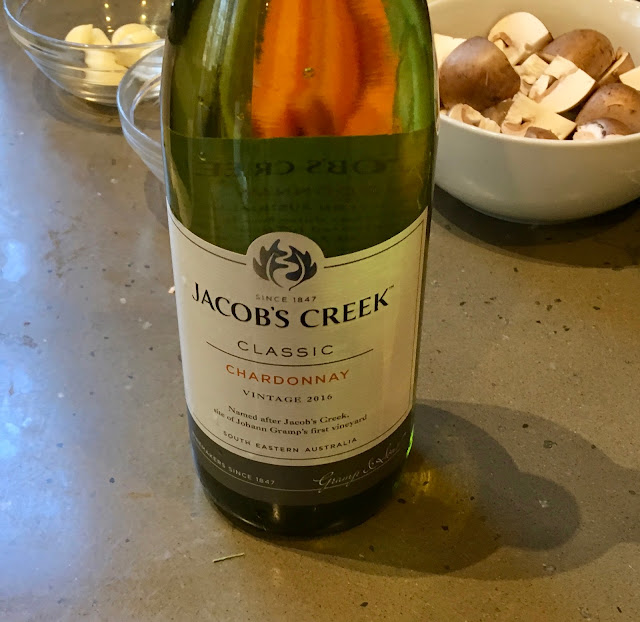 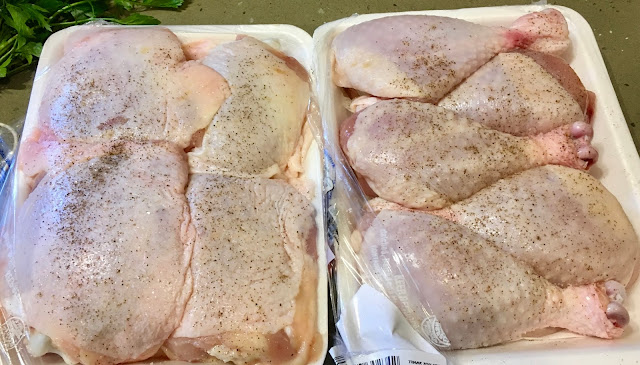 
Place the rack in the middle of the oven and preheat to oven to 250 degrees.

Spread the bacon in the bottom of a dutch oven and add enough water to barely cover the bottom of the vessel. Turn the heat to medium and bring the water to a boil and allow it to evaporate. Continue cooking until the bacon pieces are well browned. Remove them to paper towels and pour out most of the bacon fat. 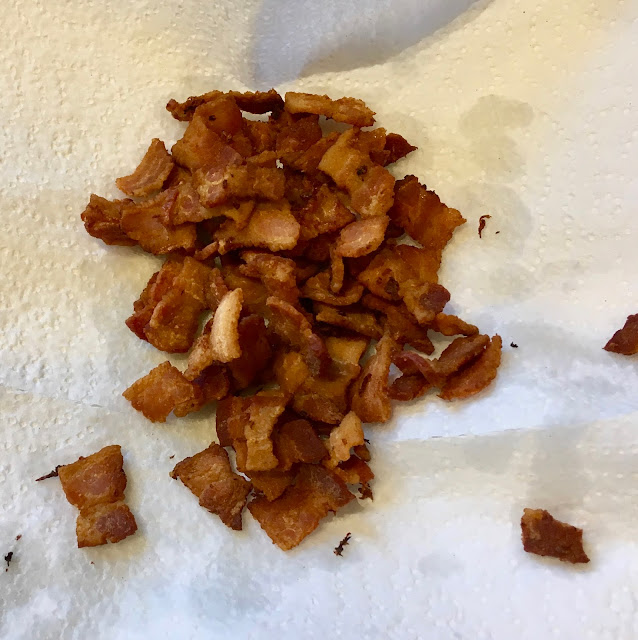 Working in batches, brown the chicken well on both sides, 4 to 6 minutes per side. Remove the browned chicken from the pan and, when cool, remove the skin and discard.

Pour the fat from the dutch oven but do not wipe it out. Turn the heat to low and add the shallots followed by the onions, mushrooms, and carrots. The hot pan will caramelize the shallots and brown the remainder of vegetables as you stir.

Add the tomato paste and cook while stirring until the paste turns brown. Add the garlic and deglaze the pan with the wine. Add the bouquet garni and the chicken. Add enough stock to almost submerge the chicken.

Make a cartouche from parchment paper and use it to cover the stew. The cartouche slows evaporation but does not cause the chicken to steam. 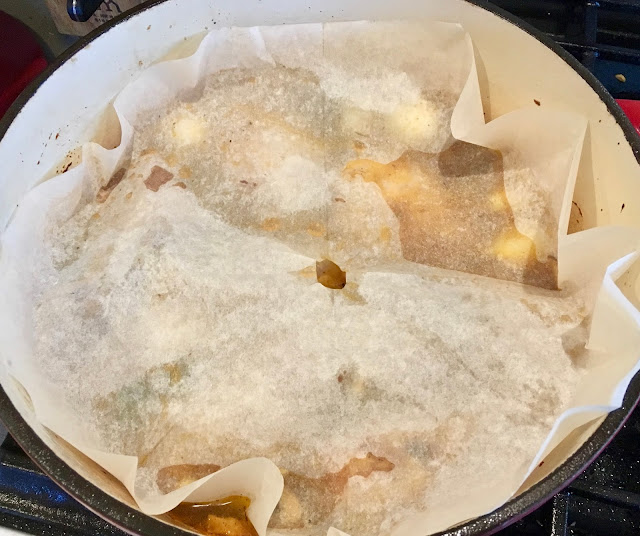 When the liquids show signs of boiling, place the dutch oven in the oven and roast until the meat falls off the bone, approximately 3 hours.

Remove the chicken from the pot and keep warm. Reduce the sauce over medium heat and add a large knob of butter. Taste and adjust the seasoning. Remove the bouquet garni.

Serve over flat noodles.
Posted by randolph stainer at 8:40 AM