I regularly correspond on a message board that targets Ozark fishermen, Ozark Anglers. One thread has 3,631 posts as of today. Oddly, the thread title is "What's Cooking?" A recent post in that thread has inspired me to create this post in my blog. The post discussed a slow cooker pot roast and stated, in part, "Come morning before I leave for Grampa duty I will add the sirloin roast. Granted one of my least favorite cuts of beef but it came with the rest of the beef."

I was surprised to see his comment as I have been using that cut for Sunday roast beef for some time. Much less expensive than rib roast or tenderloin. Maybe I can help spread the word about this alternative.

Normally I have the butcher cut the normal top sirloin in half to yield a four to five pound roast. 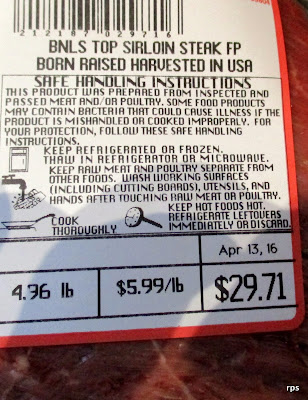 The shape of the cut determines how you tie it for roasting.

While I prepare the meat I begin by making a garlic paste. I cut the top off a bulb of garli, put it on a sheet of tin foil and soak the bulb in olive oil. I wrap the foil over the bulb and put it in aa 350 degree oven for 40 minutes. 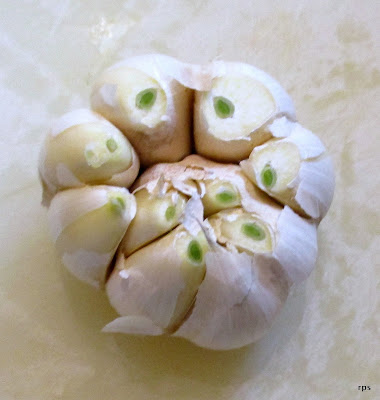 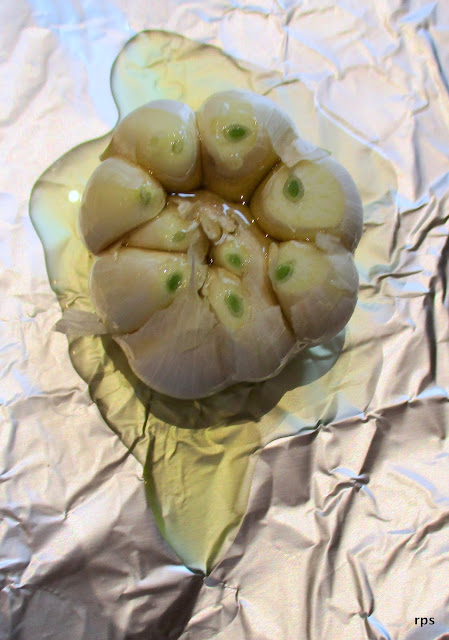 When the bulb is done, I remove it from the oven and turn the oven heat down to 220 degrees. When the bulb cools, I picked the roasted garlic from the cloves and mash it with a fork. I add 2 Tbls. of olive oil and a teaspoon of Greek seasoning. I recommend either Cavendars or Penzy's. 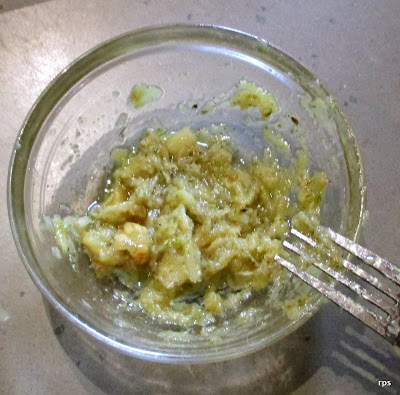 In the meantime, I salt and pepper the roast liberally and then sear it in a very hot skillet with only a small amount of oil. Once the meat is seared, I use my fingers to slather the Greek garlic paste over the roast surfaces. The roast then goes in the 220 degree oven. 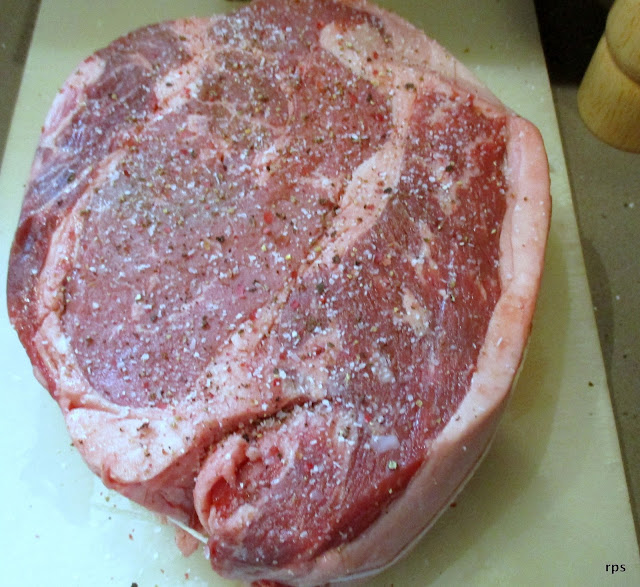 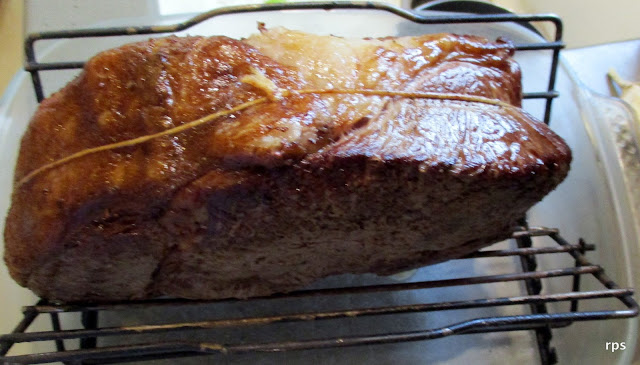 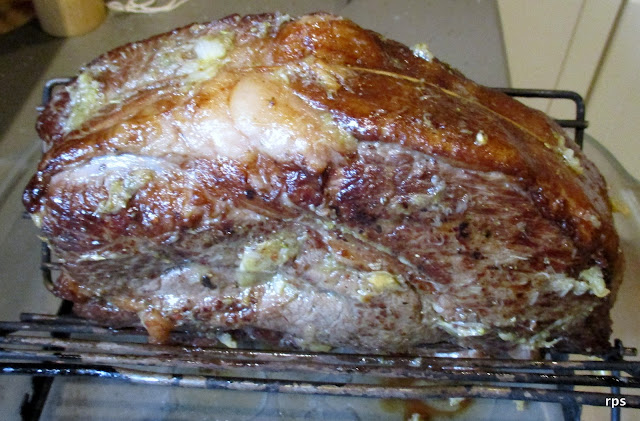 At 200 to 220 degrees, the roast normally requires about 30 to 35 minutes per pound. The shape and starting temperature of the roast will affect the actual time.

When the internal temperature reaches 125 degrees, I pull the roast and cover it with foil to rest for 20 minutes. If It is way too early, I wrap it in foil and put it in the warming drawer on low.

As a teaser about a future post, here's a picture of tonight's side dish for the roast, Slow Cooker Cheesy Ranch Bacon Cauliflower. 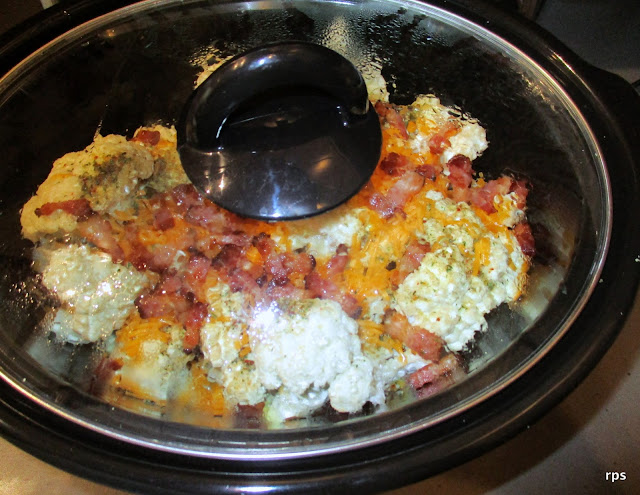 I recommend you thinly slice the roast against the grain. 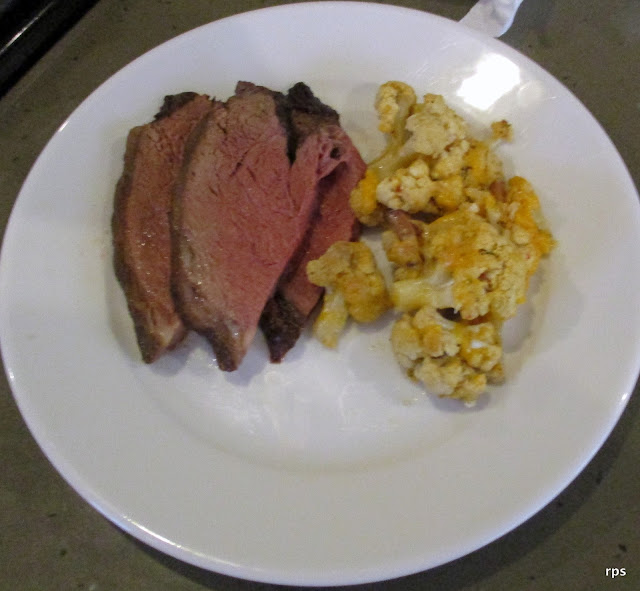 This roast finished early by almost an hour. I held it in the warming drawer. As a result it ws more medium rare than rare. Despite that, it was juicy and tender.
Posted by randolph stainer at 7:11 PM