I was in the store last week and as I passed the meat counter, I noticed beef shank bones had been marked down to move them. I could not resist.

I took the bones home and placed them in a roast pan with a halved onion, a stalk of celery, and a carrot. The pan went in a 375 oven for over an hour. By that time the bones and vegetables were very brown.

That night I put them in a large slow cooker with the scrapings from the pan. I added a few peppercorns and three cloves of garlic plus some parsley. I covered everything with water and set the cooker on low. The next morning, I removed the solids from the stock and removed the small amount of meat from the bones to add back to the liquid. That pan went in the refrigerator to form a fat cap I could remove.

For the soup itself, dice a small onion, a carrot, and one or two stalks of celery. Dice six baby portabella mushrooms. Measure out 1/3 cup pearled barley and 1/2 cup frozen green peas. 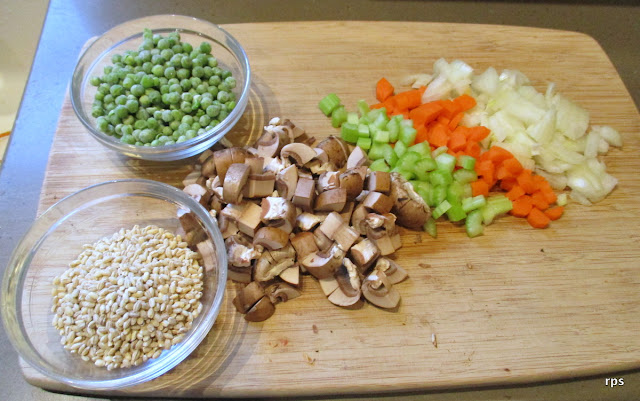 Use some of the beef fat removed from the stock and make a roux using a 1/4 cup of flour. Work a heaping Tablespoon of tomato paste into the roux as it cooks. When the roux is cooked and beginning to turn brown, add 1/2 cup of dry white or red wine. Stir well and immediately add the stock. 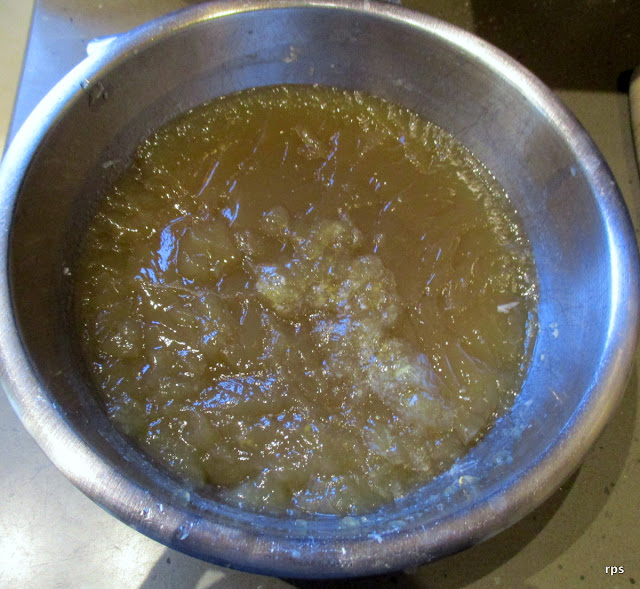 Be sure the meat chunks are included. 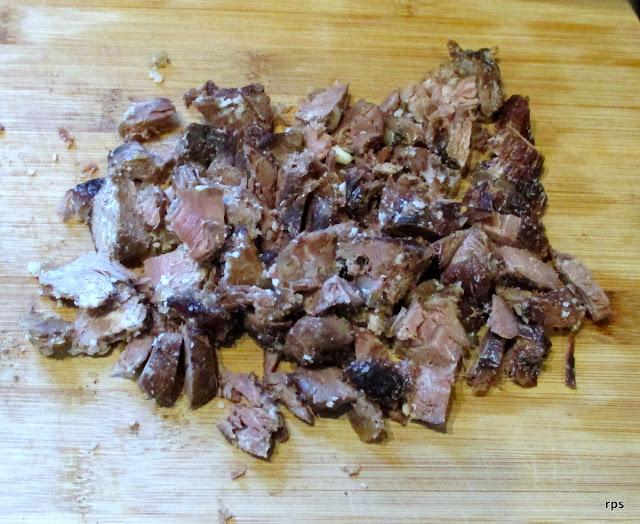 Add the fresh vegetables shown above as well as the barley and two minced garlic cloves. Add three splashes of Worcestershire sauce and three splashes of fish sauce. Add 1 Tablespoon of Herbs de Provence. Bring the soup to the boil and reduce the heat to low simmer for three hours.

Twenty minutes before service, add the frozen peas. At time of service, adjust the seasoning and serve with crusty bread.

Posted by randolph stainer at 4:41 PM