Seriously Fall in the Ozarks

As I write, the sky outside is blue but scattered dark gray clouds are thick enough to dim the sunlight as they race overhead. When I awoke this morning, the temperature was close to freezing. Several of my social media friends reported seeing snowflakes. Fortunately for Nancy and I, Arkansas lies far enough South that we are not affected by the first winter storm in the Midwest.

Earlier this week, I thawed a frozen duck I found at the supermarket. Here in rural Arkansas, these sometimes show up near Thanksgiving, and I took advantage of that fact. When it thawed, I filleted the breasts from the bird and detached the leg quarters. On a domestic United States duck, that left little worth eating on the bird carcass.

I seared the breasts for a week night dinner. 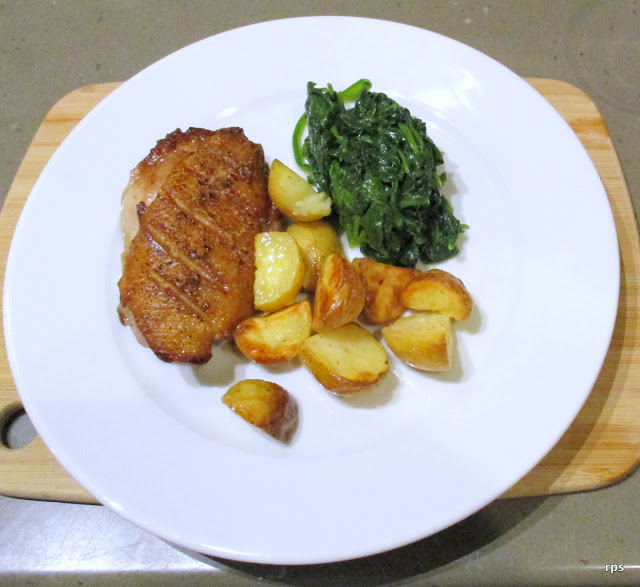 The carcass went into a stock pot that I simmered for about 12 hours over the space of two days. The legs and thighs were headed for fat to confit them when I read a persuasive blog post on cassoulet.

I decided to experiment and try the way written on the post instead of the way I was taught at Le Cordon Bleu, London.

In keeping with the French farmer origins, I collected what I had or could get. That meant no artisinal garlic charcuterie. I used kielbasa instead. Salt pork, the duck legs and thighs, and some frozen pork cutlets out of the freezer were selected for the other meats. For the beans, I used what I had, a combination of Great Northerns and Cranberries.

This morning I prepped everything and started to build the casserole. 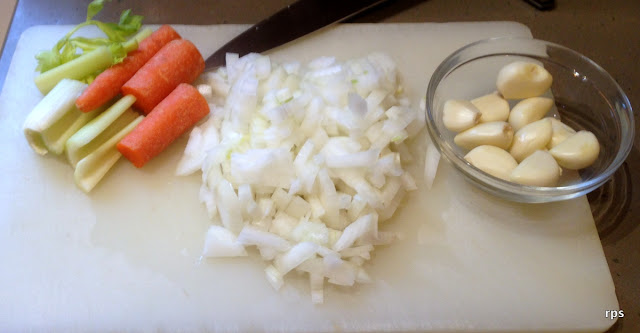 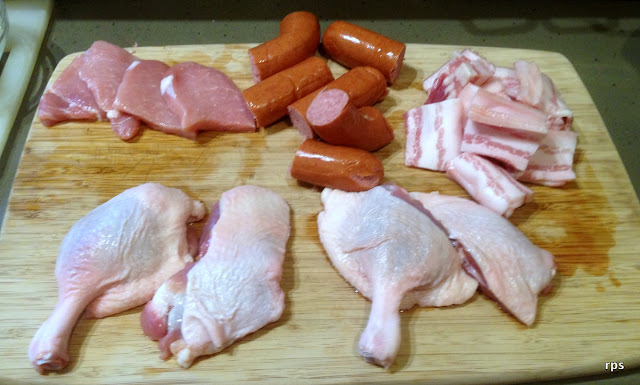 First I browned the meats. 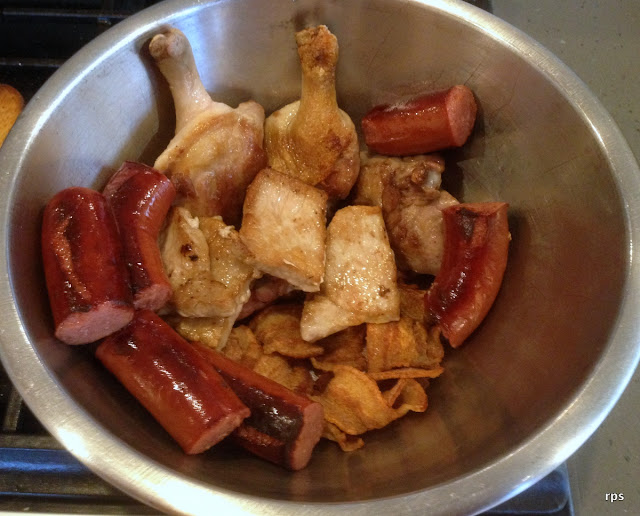 I sauteed the onion in the dutch oven I used to brown the meat and added a heaping tablespoon of tomato paste to the onions. I added the beans the aromatics, the head of garlic, and a spice satchel that contained thyme, bay leaf, a few cloves, and about a teaspoon of a spice blend from Penzy's that they label bouquet garni. 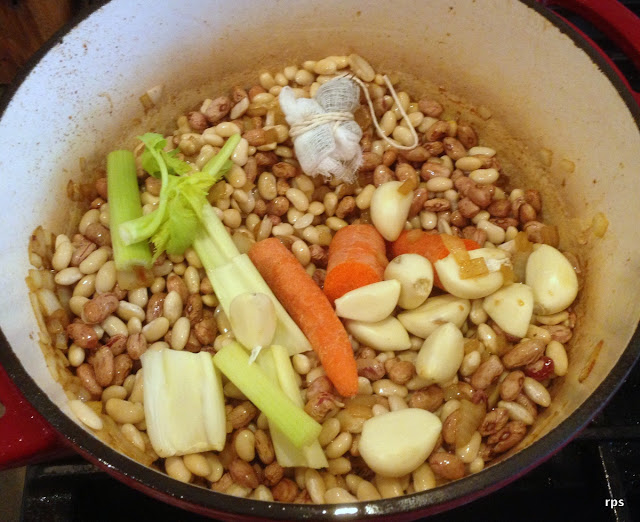 To this I added 5 cups of duck stock I had strained and de-fatted. I brought the beans and extras to a simmer and covered it to cook for 45 minutes. I tested at that point and the beans were nearly done. I removed the carrot, celery, and spice bundle. I added the meats and enough stock to mostly cover everything and put the dutch oven in a 275 degree oven, uncovered. At 2 hours I began breaking the crust every 30 minutes and adding water as necessary. 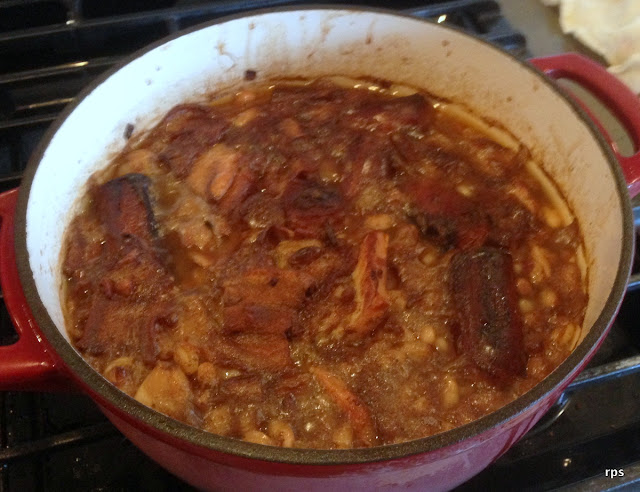 After five hours in the oven, the crust had darkened and I reduced the oven temperature to below 200 to hold the casserole for dinner. 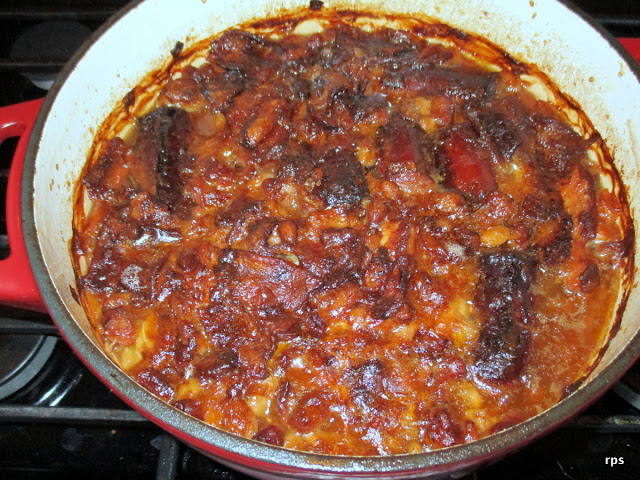