A famous chef named Thomas Keller (The French Laundry, Bouchon, et al.) consulted on the movie Ratatouille. Although I have never eaten his food, I have prepared food from his recipes and seen pictures of his presentations. Good heavens, even Williams Sonoma hired him to consult.

Anyway, the great irony of the movie is that the signature dish served to the food critic at the end of the movie is not really ratatouille. It is a tian. I have posted about tians on my facebook Notes. I ought to do that here. But not today.

Instead I will write about a real ratatouille, but not one prepared the way I was taught at Cordon Bleu. This one is grilled. For the example here I grilled indoors using a cast iron grill pan. With the right kind of basket, you could also grill over charcoal. 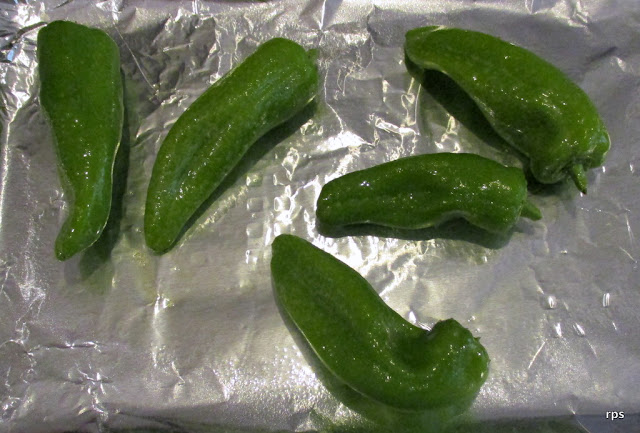 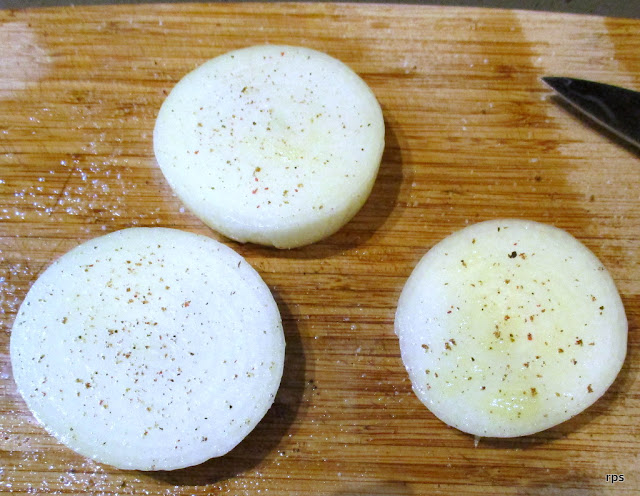 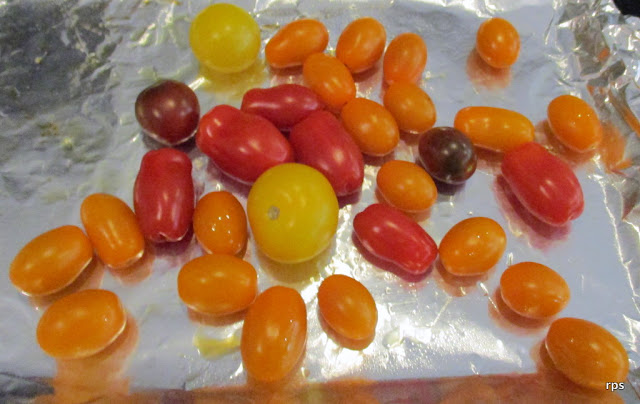 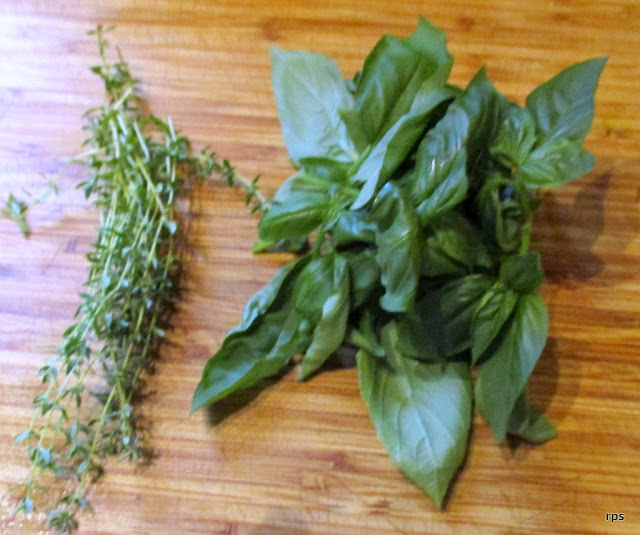 Spray the zucchini, eggplant, and onion with regular olive oil, sprinkle with salt and pepper, and grill until they are well marked and done but still retain a bit of crunch. Remove from the grill. Set aside the vegetables to cool.

The onion may need a minute or two in the microwave to reach the correct doneness.

While the vegetables cool, use the broiler to blacken and blister both sides of the sweet peppers. Set them aside to cool.

Broil the tomatoes on one side until they blacken, blister, and some have burst. Pour them from the pan into the bowl in which you intend to assemble your ratatouille. Use a fork the burst all of the tomatoes. 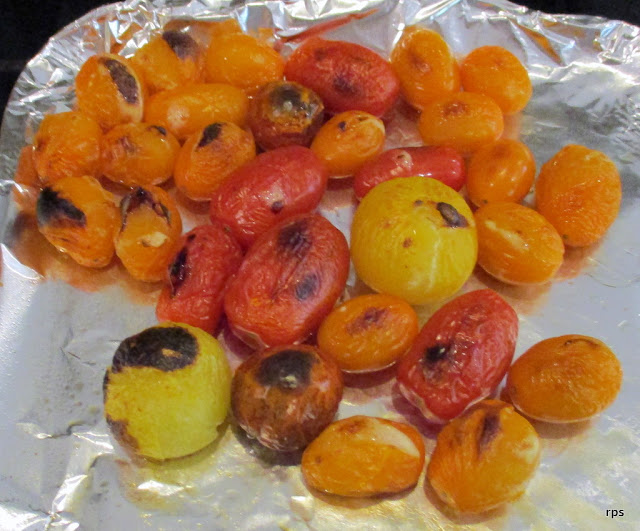 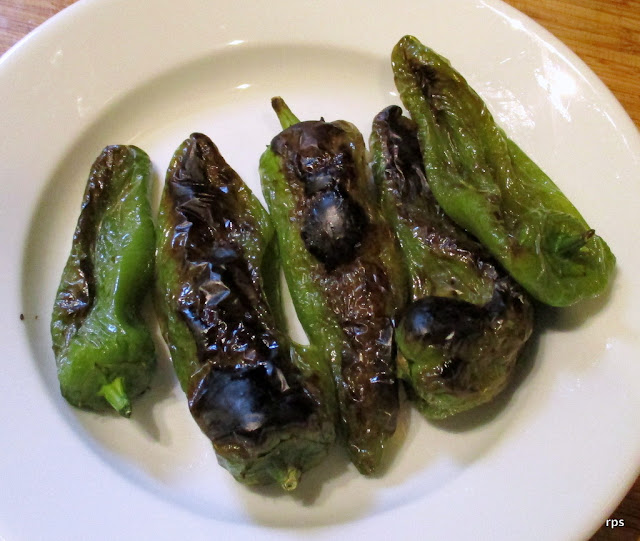 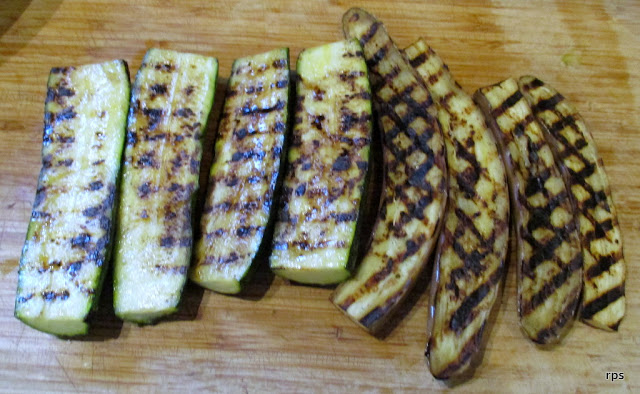 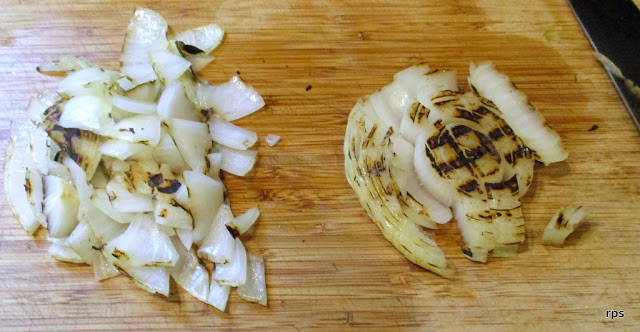 When the peppers cool, poke them open with a finger and remove the stem and the seeds. Chop the remaining flesh into half inch pieces. Add them to the tomatoes.

Chop the onion, egg plant, and zucchini into half inch pieces and add them to the mix.

Add the thyme and the basil, mix well and adjust the salt and pepper to taste. 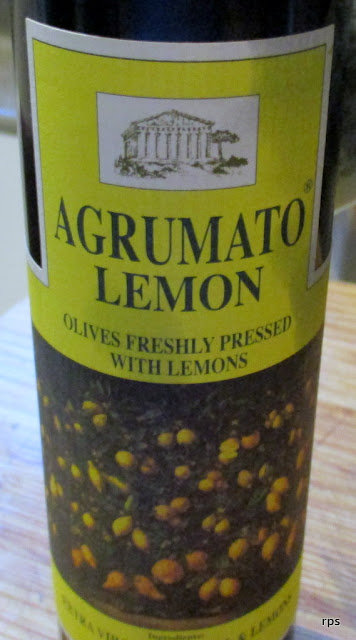 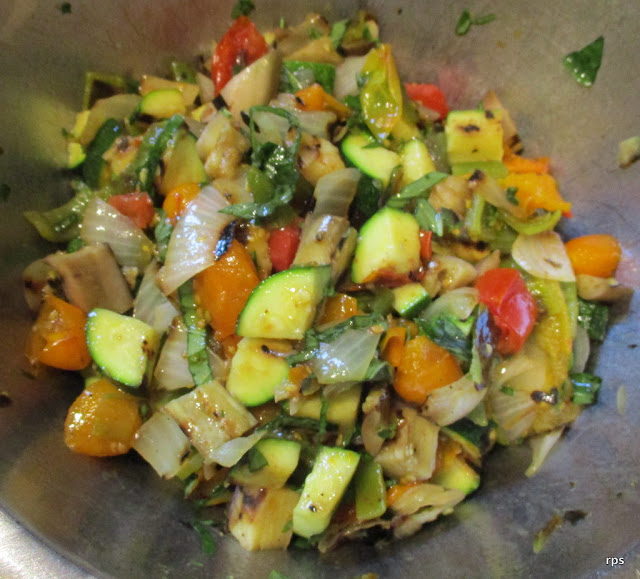 Posted by randolph stainer at 3:43 PM